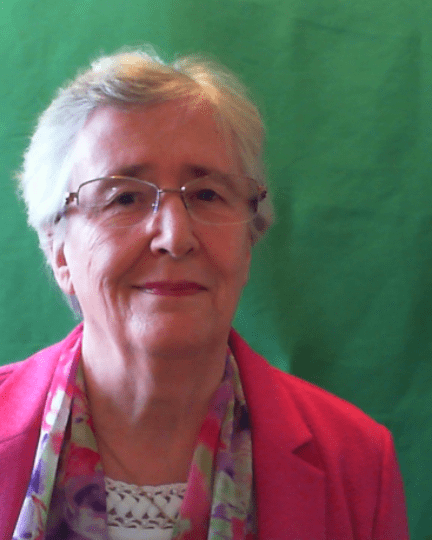 Margaret Warner, Founder of MAW Education, has more than 40 years of experience in various areas of education. Having worked in teaching, management, teacher training, and inspections, she is now an award-winning education consultant who has worked with clients throughout the UK and internationally. Margaret is also a certified (high distinction) Life Coach. Whatever your needs, Margaret will help you bring your teaching methods up to date while maintaining a personal touch, or help you find your own path in life.

MAW Education was set up in 1996 – http://www.maweducation.co.uk. Since then Margaret Warner has led inspections of schools and delivering Performance Management training in the UK, and trained teacher internationally in Qatar and India. On-site consultancy is supported by virtual/internet consultancy. This multiple intelligences website was set up in 2004 as a result of carrying out research and finding that many teachers were looking for information about Multiple Intelligences on the Internet. It is hoped that it will answer some of their questions and provide further information about education in its widest sense. Providing for the talents of pupils so that they can take a full part in life wherever they live, has long been the aim of MAW Education.

Teacher Training: 2021 – 2022 Margaret Warner has run five virtual webinars on Multiple Intelligences (MI) for teachers in India, the United Arab Emirates (UAE), the Kingdom of Saudi Arabia (KSA) and Cyprus. In 2018 Margaret Warner set up MAW On-line Academy where teachers can complete a three-module accredited on-line course, based on MI theory, to improve their teaching skills. 2006 – 2016 Margaret Warner visited India thirteen times, working with The Achievers’ Programme and leading workshops for teachers on ‘Applying Multiple Intelligences Theory to Classroom Practice’ in 64 Independent Schools across the country, and visited a further 14 schools.  In 2008 Margaret Warner made a short visit to Fèras Abbes University in Sètif, Algeria to contribute towards the fourth-year students’ training to be teachers by giving lectures and conducting workshops. In 2006, she visited Qatar, for four months, as part of a team from the UK, training teachers for the new Government Independent Schools.

Consultancy, Inspection & Training – International: 2022 – Margaret Warner contributed a paper (which included a section of Multiple Intelligences) to a conference (carried out virtually) in Djelfa, Algeria.  2009 – 2017 Margaret Warner worked in the United Arab Emirates, Inspecting 46 schools in Dubai and Abu Dhabi. UK 2000 – 2006 Margaret Warner was one of the trainers of Headteachers at the initial conference in London, introducing Performance Management to UK schools in 2000. She has run in-service days for London and Qatari schools planning to set up their own Performance Management systems. She mentored trainee inspectors during her UK inspections.  Coaching: Margaret Warner carries out life coaching using Zoom. Clients lived in various parts of the UK and Romania.

HLTA Assessments – UK: 2006 – 2022 Margaret Warner has carried out 630 assessments for teaching assistants in state schools, in the south of England, who aim to become Higher Level Teaching Assistants (HLTA). 150 of these assessments have been carried out virtually.

Inspections – UK: Margaret Warner has taken part in one hundred and ninety inspections of a wide range of primary (aged 3 -11), middle (aged 7-12), secondary (aged 11-16) and special schools, schools with special units and a pupil referral unit (PRU aged 15-16). She has led and written up reports for over eighty primary school inspections as the Registered Inspector, in inner city, rural, very large and very small, high and low achieving schools across England. In secondary schools she has been responsible for inspecting the religious education departments in thirty-three secondary schools and has supported the Registered Inspector with pre- and post-inspection writing. She has inspected specific aspects of secondary schools such as ‘provision for the spiritual, moral, social and cultural development of pupils’, ‘the quality of teaching’ and ‘the school’s partnership with parents and the community’. She is also qualified to inspect Citizenship in secondary schools. She has experience of inspecting main stream schools with special units, special schools and pupil referral units (PRU).

Management experience: Margaret Warner was headteacher/principal of a Church of England primary (3-11 years) school for ten years in London’s developing Docklands area. (1979-1989) The school had a nursery class, and she set up a pre-school playgroup which parents could attend with their children as young as 18 months. Land adjoining the school was bought and a nature park designed and developed which was opened by the naturalist David Bellamy. The school is in an area surrounded by water – the disused docks and the River Thames – so an attractive detached brick building, housing a learners’ swimming pool was also built. Before leaving, she began to introduce the National Curriculum to the school. Three of her teachers were promoted to headships whilst she was at the school. Margaret Warner returned to college in 1990 to study for an MA in Education. She then became head of departments in a girls’ high school and in a large comprehensive school. Following that she set up the religious education department in a new secondary special school.  From 1994 to 2005 she inspected schools across England, leading primary teams for eight of those years. This involved planning inspections, managing teams and writing up inspection reports.

Articles 2005
– ‘An introduction to five publications which include excellent activities for classroom use, on Multiple Intelligences and activities which introduce students to their amazing brains; A pen picture of a famous educationalist – Froebel; Spelling, handwriting and word-processing skills – of particular interest to teachers of young children.’
– ‘The history and development of MI theory – an overview of how and why Dr. Harold Gardner’s original project began; (now included in the introductory newsletter) A pen picture of a famous educationalist – Montessori; Teaching spelling and handwriting – as promoted by Charles Cripps.
– ‘ Multiple-Intelligences and the teaching of reading and writing – a critique and comments on Thomas Armstong’s book The Multiple Intelligences of Reading and Writing – Making the Words Come Alive.

You will receive an email from GetResponse asking you to confirm that you want to hear from
MAW Education.
Please follow instructions for free newletters and articles on Multiple Intelligences.

You can also purchase these Articles & Newsletters individually, by clicking on Page 4 on the left
paying through ClickBank.
These publications are in Word Format, written on a Windows XP system.
They are most useful to teachers, student teachers and those interested in MI research.

Hit enter to search or ESC to close